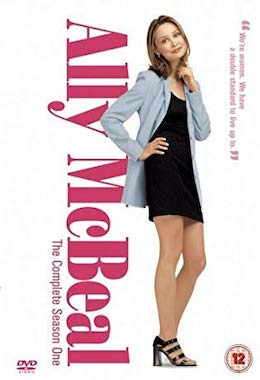 The series is set in the Boston law firm Cage and Fish. It begins with main character “Ally” McBeal joining the firm (co-owned by her law school classmate Richard Fish) after leaving her previous job due to sexual harassment. On her first day, Ally is horrified to find that she will be working alongside her ex-boyfriend Billy Thomas—who she has never gotten over. To make things worse, Billy is now married to fellow lawyer Georgia, who later joins Cage and Fish. The triangle among the three forms the basis for the main plot for the show’s first three seasons.

This is an easy watching and fun series. It is lighthearted and not to be taken seriously. There is music, romance, silliness and some law.