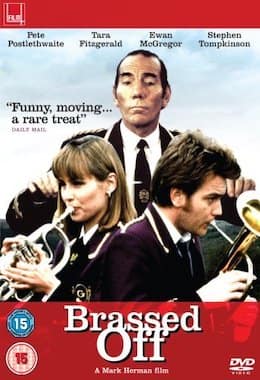 North Yorkshire, 1992. When government cutbacks threaten a century-old Yorkshire mine, the brass band, consisting of the miners and their families, struggles to keep it together in the face of economic repression and emotional turmoil. Danny leads this band and tries to prepare them for a national competition, despite the fact that they are faced with redundancy if their pit closes. Gloria is the daughter of a former band leader and returns to the band and raises their spirits. He also begins a relationship with one of their younger members.

This is an easy watching British romcom with brilliant actors. Also it has a great soundtrack.