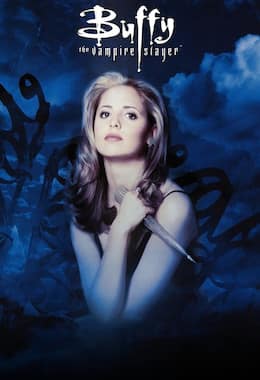 The series follows Buffy Summers, the latest in a line of young women known as “Vampire Slayers”, or simply “Slayers”. In the story, Slayers or the ‘Chosen Ones’ are “called” (chosen by fate) to battle against vampires, demons, and other forces of darkness. Buffy wants to live a normal life, but as the series progresses, she learns to embrace her destiny. Like previous Slayers, Buffy is aided by a Watcher, who guides, teaches, and trains her. Unlike her predecessors, Buffy surrounds herself with a circle of loyal friends who become known as the “Scooby Gang”.

This series is true escapism. It is filled with action, humour, romance and various forms of darkness that have to be vanquished. It is easy watching and there is hours of it.