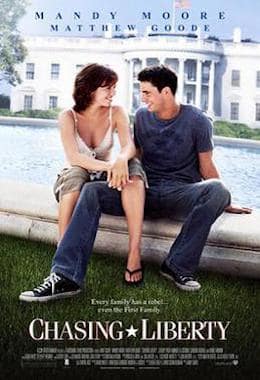 Anna has a lot of men in her life. And they all wear earpieces and guns. Each of them is an agent for the Secret Service and is assigned to protect the First Daughter. But mostly, they just ruin her life as a teenager. She may be the daughter of the president, but she only wants to be able to be herself. During a concert she notices that her father has not reduced the number of agents like he promised. But she escapes their watchful eye and makes a run for it with Ben, a handsome photographer whom she has just met. Anna does not tell Ben who she is. But Ben has his own little secret.

This is a light hearted sweet romcom. A younger Downton Abbey’s Matthew Goode does well.

Mandy Moore’s acting is a little rough around the edges but it is one of her first roles.