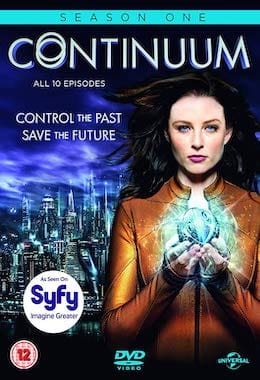 The series is about a group of terrorists from the year 2077 who time travel to Vancouver, British Columbia, in 2012. However a police officer unintentionally accompanies them. In spite of being many years early, the terrorist group decides to continue its violent campaign to stop corporations of the future from replacing governments. Meanwhile the police officer endeavours to stop them without revealing to everyone that she and the terrorists are from the future.

This is a great sci-fi series. The characters and the storyline are interesting and the special effects add entertainment.