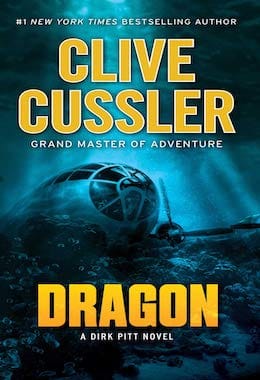 Japan, 1945: Two U.S. bombers take off with atomic bombs. Only one gets through.

The Pacific, 1993: A Japanese cargo ship bound for the United States is instantly, thunderously vaporized, taking with it a Norwegian vessel. Japanese fanatics have developed a chilling plan to devastate and destroy the Western powers. DIRK PITT is untangles a savage conspiracy and ignites a daring counterattack.

This book is an action packed thriller. Dirk Pitt comes across as being quite ‘Bond’ like, you definitely won’t get bored.