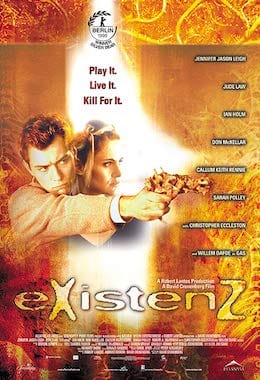 In the near future eXistenZ is the last word in virtual reality gaming technology. However, many have taken afront at the game’s careless blurring of fantasy and reality, and some angry protestors have even taken to hunting down its inventor, Allegra. Allegra’s only protection from the mob is a young security guard. When they are forced to go on the run together, the couple find they have no option but to take refuge in the one place they can remain safe: the computer generated world of the game itself.

This is a really enjoyable sci-fi thriller. It is fast paced and also there is a lot of action.