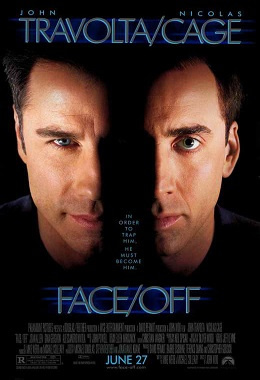 Face/Off Movie Review: To avenge the senseless murder of his son, FBI agent Sean Archer (John Travolta) undergoes a radical new surgery. The surgery allows him to switch faces with the comatose terrorist Castor Troy (Nicolas Cage) and assume his identity. But when Castor awakens and assumes Sean’s identity, the real Sean is thrust into an unimaginable nightmare. Now he must fight not only for his life but also those of his wife and daughter!

This thriller is fast and full of non stop action. Also the story line is original and the actors make it better as they are superb.