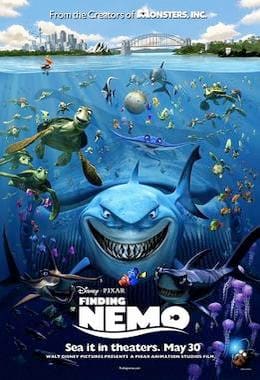 Motherless clownfish Nemo is carried away from his home in Australia’s Great Barrier Reef. His overprotective father, Marlin, and Dory, a friendly but forgetful regal blue tang fish, go to his rescue. The two embark on an adventure that leads to encounters with a range of colourful characters including Bruce the Great White Shark, a Sea Tortoise called Crush and a Pelican called Nigel.

This is a funny, family adventure film. The story line is great however you might need to get the tissues out.