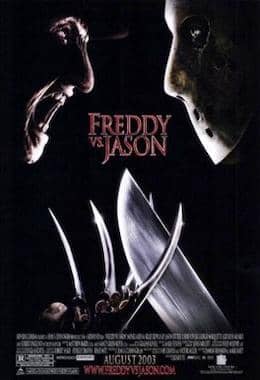 In the film, Freddy has become incapable of haunting people’s dreams; the residents of Springwood, Ohio, have largely forgotten about him after his death and descent into hell. To regain his power (and freedom), he resurrects Jason and manipulates him into traveling to Springwood to cause panic and fear; this sparks rumours that Freddy has returned. Although Jason arouses enough fear for Freddy to haunt the town again, he angers Freddy by depriving him of potential victims. This culminates in a climactic battle between the two supernatural killers.

It is thrilling to see the two legendary killers in the same film. There are some good action scenes and some good kills. Also, it can be funny in places.

It has so much potential it doesn’t fulfil. And it was very cheesy.