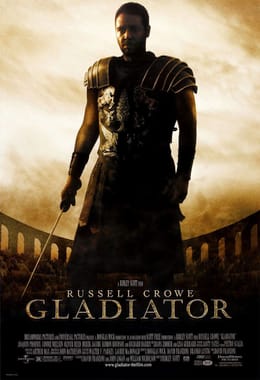 After the death of Emperor Marcus Aurelius, Commodus betrays the Emperor’s beloved General Maximus and takes the throne for himself. Maximus is sold as a slave and then trained as a gladiator, keeping himself strong with thoughts of revenge. Eventually he is taken to the Colosseum, where he prepares to fight in a contest presided over by the corrupt Commodus. Will he suffer the ultimate humiliation and die for the entertainment of his enemy or will he survive the rigors of the arena and find a way of exacting his revenge?

This is a typical Ridley Scot film which is full of action, great fights, superb acting and lots of drama. A must see.