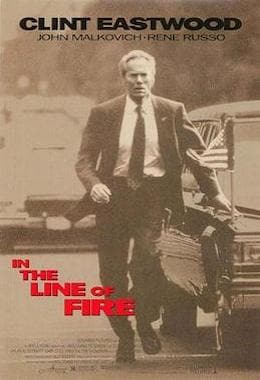 Frank Horrigan, a veteran Secret Service agent, is haunted by his failure to protect John F. Kennedy from assassination. Thirty years later, he gets a chance to redeem himself when a brilliant psychopath threatens to kill the current president and take Horrigan with him. Taunting him by phone and tantalising him with clues, the assassin lures Horrigan into an electrifying battle of wits and will that only one man can survive.

This is a gripping action thriller with superb acting.