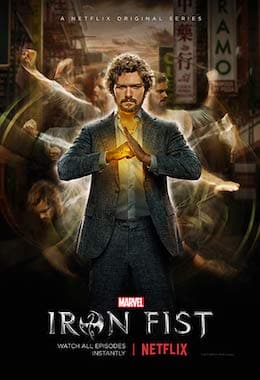 Fifteen years after a plane crash kills his parents, presumed-dead lone survivor Danny Rand returns home to New York City. He hopes to fulfil his destiny as the Immortal Iron Fist, claim his birth right and reunite with the childhood friends who now run Rand Enterprises. But the company has been infiltrated by “The Hand”, a criminal empire whose greed and bloodlust are part of a vast conspiracy to corrupt Danny’s powers and destroy him by turning even his closest allies against him.

The idea of some of the story line is good.

The acting is awful. Also the story line is bitty.