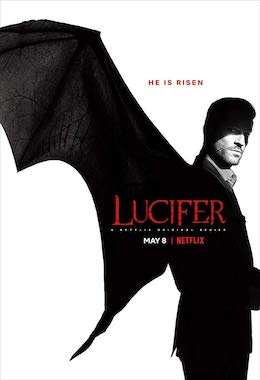 Bored and unhappy as the Lord of Hell, Lucifer Morningstar resigns his throne and retires to the City of Angels, where he owns an upscale piano bar. But then a pop star is brutally murdered outside his bar and it attracts the attention of LAPD homicide detective Chloe Dancer. However Lucifer repulses her and fascinates her. As they work together to solve the pop star’s murder, Lucifer is struck by Chloe’s inherent goodness. Used to dealing with the absolute worst of humanity, he begins to wonder if there’s hope yet.

This is a fun, fantasy series. It has great acting from Tom Ellis and his other co-stars. Also it has some humour, action, mystery and romance. Plus it is very easy watching.