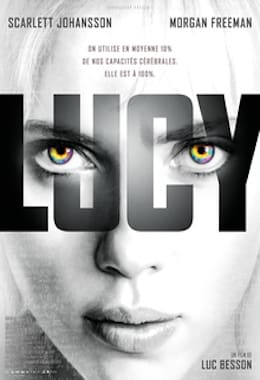 25-year-old American Lucy is studying in Taipei, Taiwan. Her new boyfriend, Richard, tricks her into working as a drug mule for a Korean mob boss and drug lord. A bag of the drug is forcibly sewn into her abdomen to transport the drug for sale in Europe. While Lucy is in captivity, one of her captors kicks her in the stomach, breaking the bag and releasing a large quantity of the drug into her system. As a result, she acquires increasingly enhanced physical and mental capabilities. She manages to escape and then takes revenge on those responsible for her extraordinary transformation.

This sci-fi thriller is a great action movie to chill out to on a Saturday night. No need to think too seriously. Scarlett Johansson is fab and Morgan Freeman is brilliant as usual.