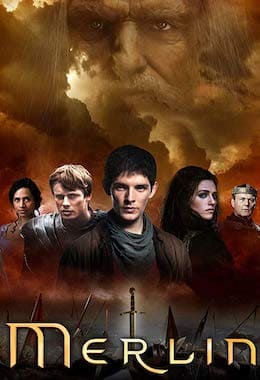 Merlin is a reimagining of the legend in which the future King Arthur and Merlin are young contemporaries. Arthur’s father Uther Pendragon has banned magic in Camelot. Its use is punishable by death, forcing Merlin to keep his magical powers secret from everyone in Camelot other than his mentor Gaius. Arthur grows from a young, self-absorbed boy to the mighty king in the legends, while Merlin develops into his colossal role in creating the powerful Camelot.

This series is great to watch and has a fantastic cast. There is humour, magic, jousting and not forgetting the dragon. Merlin and Arthur bounce off each other really well and have lots of adventures.