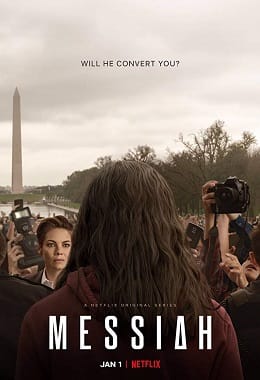 Messiah TV Review: A man (Mehdi Dehbi) appears in the Middle East. After his apparent miracles, he sparks a spiritual movement and an international following. However his appearance also stirs political unrest. Certain people and organisations also doubt as to whether he is a con artist or the new messiah. A CIA agent (Michelle Monaghan) is just one of the people investigating him.

This is an interesting series that will keep you wanting to know more and is thought provoking. Also the acting is good.