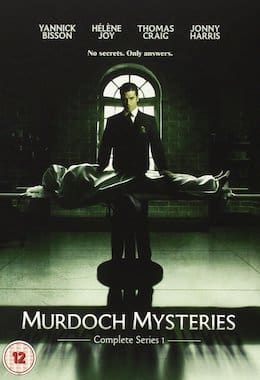 Murdoch Mysteries is a dynamic drama series set in Toronto, Canada in the 1890s. William Murdoch is a young detective who uses progressive new forensic techniques, such as fingerprinting and trace evidence to solve some of the city’s most gruesome murders. Each theory is revealed as an intuitive flash – a visual dramatisation of events based on the evidence given. Murdoch is man with an almost supernatural instinct in solving crimes.

If you like NCIS (forensic series) then you will like this series. The characterisation is good, the present President of Canada even did a cameo role. There is a bit of romance too.