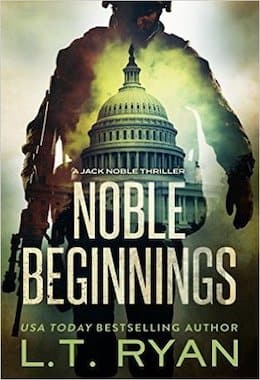 Jack Noble finds himself on the outskirts of Baghdad, Iraq. A Marine in name only, Jack is on-loan to the CIA. Jack and his partner Bear have a run-in with four CIA special agents over the treatment of an Iraqi family.  He soon discovers that he did far more than intervene. He has placed himself dead square in the middle of a conspiracy that reaches the highest levels of the U.S. government.

This is a light action packed easy to read novel. Don’t compare it to any other books or you will be disappointed. It’s good in itself.