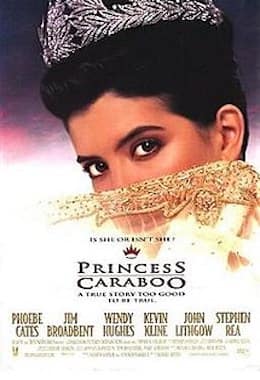 Princess Caraboo Movie Review: The film tells of real events from 19th century England about. A beautiful young stranger (Phoebe Cates) appears out of nowhere and speaks  weird language. But when a man claims that he can translate her dialect, he says that the woman is a princess from a far away land. Then a family of haughty aristocrats, the Worralls (Jim Broadbent, Wendy Hughes) welcome her but they only want her to heighten their prestige. However, the local reporter is not at all sure that she is what she claims to be and investigates. Is Caraboo really a princess?

This is a funny family film with a touch of mystery.