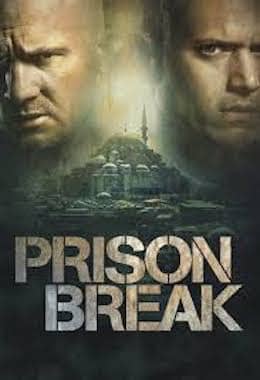 Michael Schofield is a desperate man in a desperate situation. His brother, Lincoln Burrows, is convicted of a sensational murder and subsequently is on death row in the Fox River State Penitentiary. Despite the overwhelming evidence against Lincoln, Michael is convinced of his innocence. With no other options and time running out, Michael holds up a bank so he ends up alongside his brother. Not just content to while away the hours until Lincoln’s execution, Michael hatches a plan and plots an elaborate escape to break out Lincoln and prove his brother was framed.

This is a very clever first season of the series. It will leave you on the edge of your seat as you will be wanting more.

The second and third season is a 8* rating and the fourth and fifth season loses its way.