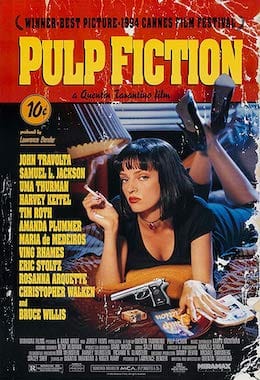 It is a very clever storyline that comes together at the end. Also the acting is superb from a star studded cast and the soundtrack is great.

Some audiences may think there is too much needless swearing.