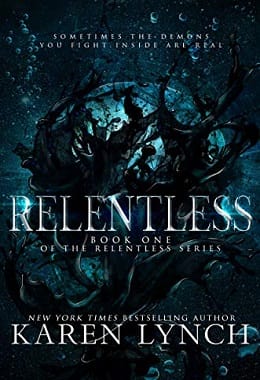 Relentless Book Review: Sara Grey’s world shatters when her father is brutally murdered. Ten years later, seventeen year old Sara is desperate to understand why. In her quest for answers about her father’s death, Sara takes risks that expose her and her friends to danger, and puts herself into the sights of a sadistic vampire. On the same fateful night she meets Nikolas, a warrior who turns Sara’s world upside down, and who wants to protect her even if it’s the last thing she wants. Also Sara learns that her friends have secrets of their own, and reels from the truth about her own ancestry. Sara is fiercely independent, but in order to survive she must open herself to others, to reveal her deepest secrets. And she must learn to trust the one person capable of breaking down the walls around her.

The first book sets the scene and introduces the characters well. There is lots of action, suspense and romance.