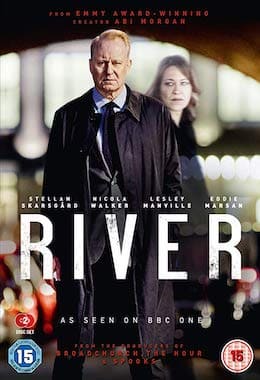 Detective Inspector John River sees his police partner, Jackie, die in front of him from a drive by shooting. Also he has visions which haunt him and at times get in the way of doing his work. However he does try to carry on with his work while his superior, Chief Inspector Chrissie Reid, grows increasingly worried about his state of mind.

This is a superb British tv mini series. The story line is well thought out and the script is excellent. Also the acting is superb from the cast, particularly Stellan Skarsgård.