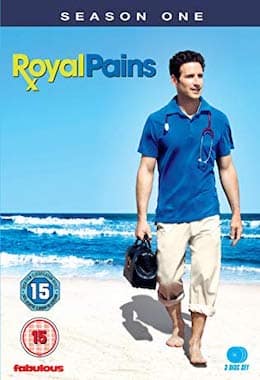 Hank is a rising star in the New York City medical community, until he loses everything fighting for the life of a patient. With his career stalled and his personal life in shambles, Hank is in need of a new beginning. That’s where his younger brother Evan steps in. He convinces Hank to join him on a trip to the Hampton’s for Memorial Day weekend.

When the brothers crash a party at the home of a Hampton’s billionaire and a guest falls critically ill, Hank saves the day. He then inadvertently becomes the hot new ‘concierge doctor’ in town.

This is a really easy watching tv series. There is romance, drama, mystery, comedy and the characters all bounce off each other very nicely. I’ve watched all the seasons and they are all good.