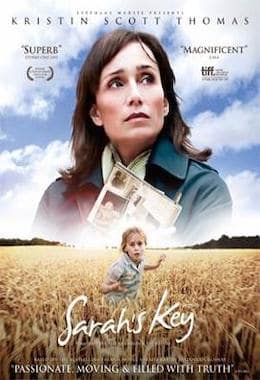 Paris, July 1942: Sarah, a ten-year old girl, is taken with her parents by the French police as they go door-to-door arresting Jewish families in the middle of the night. Desperate to protect her younger brother, Sarah locks him in a bedroom cupboard – their secret hiding place – and promises to come back for him as soon as they are released. Sixty seven years later: Sarah’s story intertwines with that of Julia Jarmond, an American journalist investigating the roundup. In her research, Julia stumbles onto a trail of secrets that link her to Sarah, and to questions about her family’s future.

This is a beautiful movie that tells of hardships. The acting is superb and the storyline gives a different angle from this time in history.