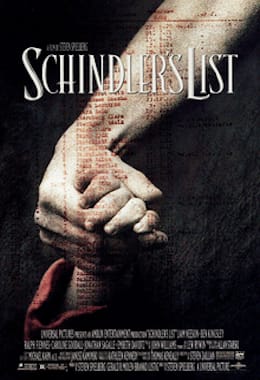 The film is about the Holocaust during World War II. Catholic war profiteer Oskar Schindler risks his life and goes bankrupt to save more than 1,000 Jews from certain death in concentration camps. By employing Jews in his crockery factory manufacturing goods for the German army, Schindler ensures their survival against terrifying odds. At the same time, he must remain solvent with the help of a Jewish accountant and negotiate business with a vicious, obstinate Nazi commandant who enjoys shooting Jews as target practice from the balcony of his villa overlooking a prison camp.

This is an amazing and very moving film of such a tragic time in history.