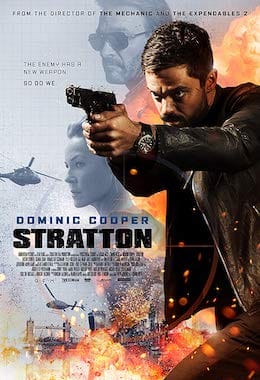 When a high-stakes M16 mission to intercept deadly biochemical weapons goes spectacularly wrong, special operative Stratton must face the threat of a former Soviet operative who resurfaces after being presumed dead for two decades. It is believed that the rogue operative plans to take revenge on his former paymasters with stolen chemical weapons, and Stratton and his agents must race against time to stop the unimaginable from happening.

There is some action and if you want to watch an extended tv episode then this it.

Connie Neilson’s English accent is so forced it sounds awful. Also the film is rather boring due to a bad executed plot and script. On top of that, the characters had no depth on their own or with each other.