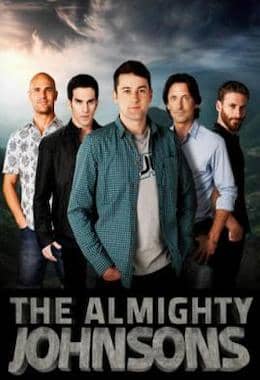 The show follows student Axl Johnson, who on his 21st birthday discovers his family members are reincarnated Norse gods. The only problem is, they don’t have full control of their powers and it is up to Axl (the reincarnation of Odin) to restore them and ensure the family’s survival by finding the reincarnation of Odin’s wife, Frigg. Matters are complicated by the presence of four antagonistic Norse goddesses who are trying to find Frigg before the Johnsons do to prevent the restoration of the gods’ powers. Moreover, the Johnsons and the band of goddess rivals aren’t the only Norse deities living in exile in New Zealand.

All three series are brilliant and give great entertainment. There is comedy, drama, romance, magic and lots of Gods. Not to be taken seriously just sit back and enjoy.