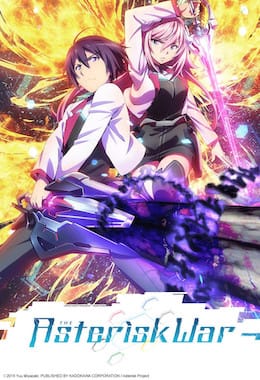 After a catastrophe, some humans are born with amazing physical skills. They are known as Genestella. Ayato Amagiri, a student, transfers into one of the six most elite schools for Genestella students in the world called Seidoukan Academy. This is where students learn to control their powers and duel against each other in entertainment battles known as festas. However, Ayato has no real interest in festas and instead has an alternative motive for joining this school. What is Ayato’s big secret? Will he be able to keep up his act when surrounded by some of the greatest Genestella in the world?

The characters are likeable and you slowly get to know each of them. Also, the fight scenes are great particularly with the added superhuman strengths.

One of the main character’s voice is so squeaky and forced, it can get quite grating after awhile. There are several scenes with scantily clad women and it’s not afraid to do close-ups.