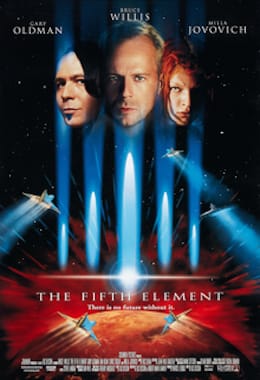 The film’s central plot involves the survival of planet Earth, which becomes the responsibility of Korben Dallas, a taxicab driver and former special forces major, after a young woman falls into his cab. To accomplish this, Dallas joins forces with her to recover four mystical stones essential for the defense of Earth against the impending attack of a malevolent cosmic entity.

This is a cult classic which is fun and full of action. Also there are moments of humour along with a great storyline. Plus the acting is superb.