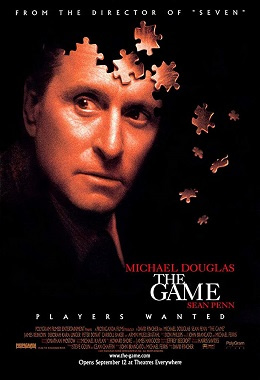 The Game Movie Review: Successful San Francisco tycoon and control freak Nicholas Van Orton (Michael Douglas) approaches his forty-eighth birthday with some trepidation. For it was at this age that his father fell from his mansion roof and died. Nicholas receives an introduction to Consumer Recreation Services from his younger brother, Conrad (Sean Penn), and is informed that he is now playing ‘The Game’. Nicholas soon finds himself losing control and threatened with the loss of not just his company and fortune but also his life.

This film is fast and full of intrigue and has some nice twists and turns.