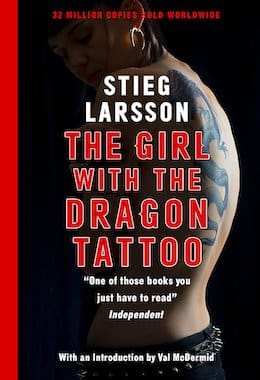 40 years ago, Harriet Vanger disappeared from a family gathering on the island owned and inhabited by the Vanger clan. Her body was never found, yet her uncle is convinced it was murder – and that the killer is a member of his own tightly knit but dysfunctional family. He employs Mikael Blomkvist and the computer hacker Lisbeth Salander to investigate. When the pair link Harriet’s disappearance to a number of grotesque murders from 40 years ago, they begin to unravel a dark and appalling family history. But the Vangers are a secretive clan are prepared to protect themselves by whatever means.

This is a gripping thriller with fascinating characters and an ingenious plot. You won’t be able to put the book down!