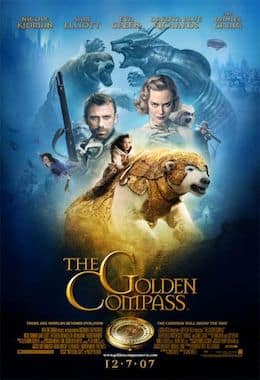 The film is based on Northern Lights, the first novel in Philip Pullman’s trilogy His Dark Materials. It depicts the adventures of Lyra Belacqua, an orphan living in a parallel universe where a dogmatic ruling power called the Magisterium opposes free inquiry. Children in that universe are being kidnapped by an unknown group called the Gobblers who are supported by the Magisterium. Lyra joins a tribe of sea-farers on a trip to the far North, the land of the armoured polar bears, in search of the missing children.

It is a good adaptation of the novel and it’s the superb acting from the actors that bring it to life.

It’s not as good as the novel.