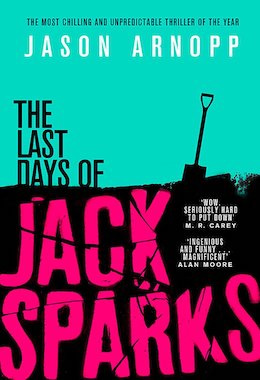 Jack Sparks has been researching the occult for his new book.  Before he disappears he triggers a furious Twitter storm by mocking an exorcism he witnesses, during which something strange occurs.

Then there is that video: forty seconds of chilling footage that Jack repeatedly claimed was not of his making, yet was posted from his own YouTube account.

Are these linked to his disappearance?  His brother pulls together details of his last days, from witness statements and voice recordings.  These are those last days…..

This is a fantastic, original story. The main character is someone you love to hate, he is sort of like an anti-hero. Also the audio book is well worth listening to.