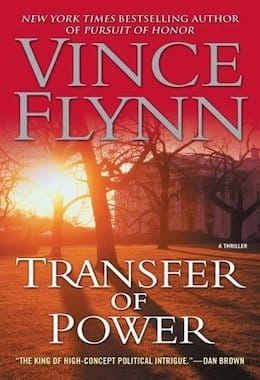 One morning, a group of terrorists descends on the White House. They gain access by means of a violent massacre that leaves dozens of innocent bystanders murdered. The president is evacuated to his underground bunker. Mitch Rapp, the CIA’s top counterterrorism agent, makes his way into the White House and soon discovers that the president is not as safe as Washington’s power elite had thought.

Ideally, you need to read American Assassin before this book and then Kill Shot as they are prequels to this first book. This novel is fast and action paced. It is an easy read and enjoyable. If you like Jason Bourne, then you will like Mitch Rapp!