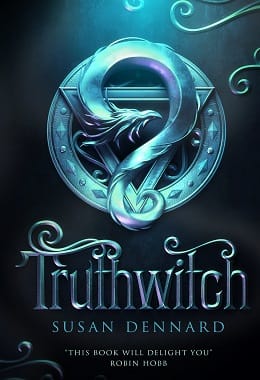 Truthwitch Book Review: In a continent on the edge of war, two witches hold its fate in their hands. Young witches Safiya and Iseult have a habit of finding trouble. After clashing with a powerful Guildmaster and his ruthless Bloodwitch bodyguard, the friends flee their home. Safi must avoid capture at all costs as she’s a rare Truthwitch, able to discern truth from lies. Many would kill for her magic, so Safi must keep it hidden in case she comes in the middle of a struggle between empires. And Iseult’s true powers are hidden even from herself. All Safi and Iseult want is their freedom, but danger lies ahead. With war coming, treaties breaking and a magical contagion sweeping the land, the friends will have to fight emperors and mercenaries alike. For some will stop at nothing to get their hands on a Truthwitch.

This young adult fantasy novel has a fast pace right from the start and is full of action. Also there is plenty of fighting, mystery and intrigue. Plus the characters progress well.