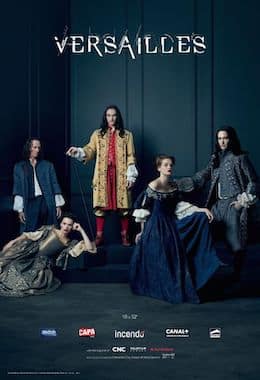 Versailles tells the story of French monarch Louis XIV. In a bid to strengthen his weakening position among the country’s elite, Louis decides to move the French court from Paris to Versailles. However, with the Parisian nobility deeply opposed to the move, Louis is faced with negotiating a dangerous cycle of lies, deceit and vicious political manoeuvrings as he attempts to exert his authority.

There is a lot going on in this first series with political intrigues, affairs, betrayal and people vying for power. The costumes are beautiful and add to resonance of that time.