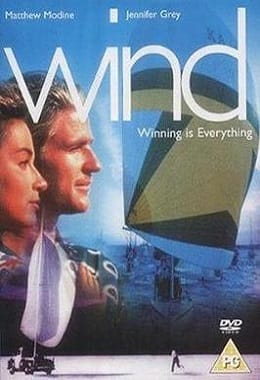 Wind Movie Review: Will (Matthew Modine) and Kate (Jennifer Grey) are in-love however this ends when he chooses his dreams over hers. Will goes on to lose the America’s Cup, the world’s biggest sailing prize. Six months later he tries to find a way to win back the Cup.

This film contains some of the best, most realistic, on deck big-boat sailing sequences ever portrayed. America’s Cup skipper Peter Gilmour, whose aggressive sailing during the 1987 defender selection series earned himself a place on the defender boat for the America’s Cup, was “Sailing Master” for the film.